Times Picayune Endorsement: "How to make Louisiana better in 2019: Our wish list by NOLA.com"

Louisiana is a beautiful and fascinating place to live, but it is also has its flaws. Here is the Latitude by NOLA.com team's wish list to make our community and state better in 2019. We’ll be advocating for these changes throughout the year -- and hoping for a Super Bowl win, too. 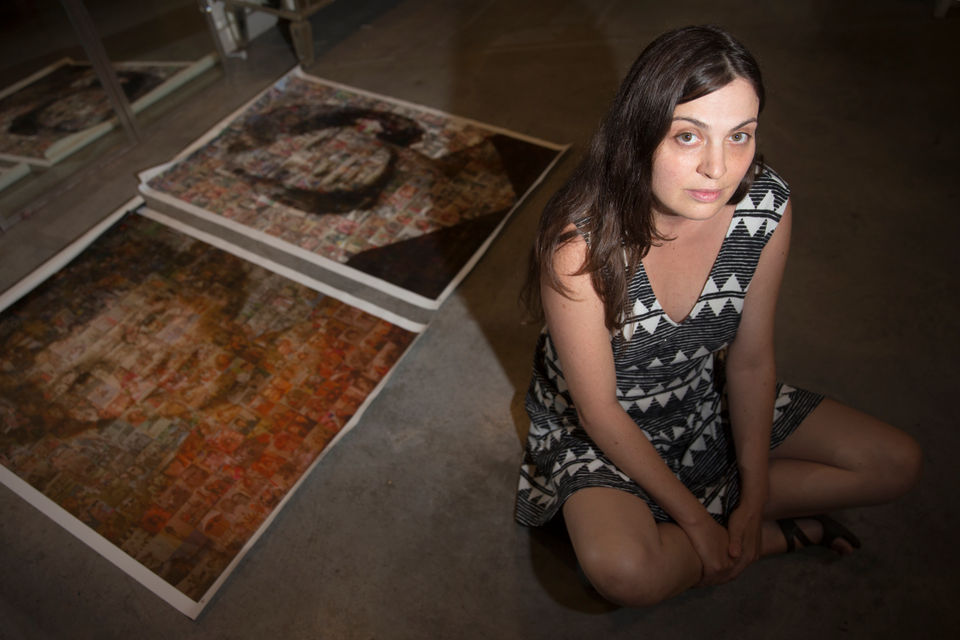 Katrina Brees sits next to two photo mosaics by artist Josh Hailey of her mother, Donna Nathan, in her Bywater apartment on July 27, 2018. (Photo by Brett Duke, NOLA.com | The Times-Picayune)

After her mother died from a self-inflicted gunshot in June, New Orleans artist Katrina Brees looked for a way to prevent other families from losing a loved one. She is urging the Legislature to pass a law like the one in Washington state that allows people who feel they are a threat to themselves or others to voluntarily put themselves on a no-buy list for guns. That should be an easy law for everyone to get behind.

Money for a Civil Rights Museum in New Orleans

The Southern Christian Leadership Conference was created in New Orleans. The Freedom Riders who left Washington on an integrated bus in 1961 were headed to New Orleans. The photo of Ruby Bridges walking into William Frantz Elementary School is one of the most iconic images of the civil rights era. And yet, almost 20 years after the Legislature approved legislation for a Civil Rights Museum in New Orleans, there is nothing. Gov. John Bel Edwards, the Legislature, Mayor LaToya Cantrell and other leaders must change that in 2019.

Enough with the boil water advisories. The Sewerage & Water Board must stabilize its power source and get all its pumps and turbines working – no matter how cold it is. Executive director Ghassan Korban also needs to make sure only employees who are willing to actually do their jobs are on duty at pumping stations. New Orleanians shouldn’t have to worry about employees going AWOL, as two did in November during a pressure drop that led to a boil water advisory.

Get a grip on carbon emissions

Louisiana faces great peril from global warming. Our coastline has been eroding for decades, and we are racing to stop the erosion. Rising seas are working against us. Yet our congressional delegation is ignoring the federal government’s role in curbing emissions. Every elected official from South Louisiana, from parish councils to the Legislature to the U.S. Capitol, must be committed to reducing emissions to help save our coast.

Entergy New Orleans has blamed squirrels and a cat for outages that left thousands of people without power in the past year. The company reportedly put up a new fence around the substation where the curious cat apparently created an outage. But the City Council isn’t satisfied – and neither are customers. The city’s power grid must be dependable.

CIT training for every law enforcement officer in Louisiana

After years of funding cuts for mental health services in Louisiana, police officers are dealing with more and more calls for people in emotional crisis. These calls are risky for officers and for the people in distress. Crisis Intervention Team training gives officers the best chance of defusing volatile situations. Only about half of parishes have CIT training programs. NOPD has trained about 40 percent of its officers on a voluntary basis. That is a good start, but every officer needs to be trained.

An overhaul of Lousiana’s tax system to make it fairer

OK, this one has been on our list for a very long time. There was a moment, back in 2002, when the state moved toward a more stable and equitable tax system. But ex-Gov. Bobby Jindal and the Legislature did away with the income tax reforms crafted by Rep. Vic Stelly, shifting the state back to a system that is heavily dependent on sales taxes. For long-term fiscal health, lawmakers and Gov. John Bel Edwards should be inspired by Stelly and bring balance and fairness to the tax system.

Expand foster care for all children in Louisiana to age 21

In May, the Legislature approved continuing foster services for some children after they turn 18. To be eligible, youngsters are supposed to be attending high school or working toward an equivalent degree. That is an important change, but it leaves some children out and doesn’t include family court oversight. To truly give these children the support they need to succeed on their own, lawmakers should change the law to let all of them stay under foster care until age 21. That is what Texas does, with some services continuing to age 25.

The city of New Orleans has put up some money to create quality preschool, but the need is much greater. The city’s $750,000 is helping provide childcare and education to 50 youngsters, but 571 children were on the waiting list this fall. The problem isn’t only in New Orleans. There is a need for quality early childhood education statewide, but the Legislature hasn’t invested in young children. That must change.

Violence in New Orleans leaves emotional scars on children that follow them through their lives. Understanding that and training teachers to recognize and deal with traumacan help. But so far only 11 of the city's 80 public schools have fully embraced those methods. The city also needs more mental health services to help people cope with trauma. The City Council formed a task force to recommend how to expand trauma services. Mayor LaToya Cantrell and the council should make whatever changes they recommend a priority.

You can’t get a Blue Bike in Gentilly, Lakeview, Algiers, the 9th Ward or parts of Uptown to get around. Bike sharing is a great addition to the city, but let’s bring it to more neighborhoods.

Another Super Bowl title for the Saints

Yeah, you right. We are calling it. The Saints are going to the Super Bowl in Atlanta and coming home with the Lombardi.